The 1930s and ‘40s saw a wave of European film directors emigrate to the US. In the same period, anti-communist hysteria due to Cold War tensions swept across the US and paranoia became commonplace. This video delves into the historical context behind the surveillance and suspicion seen in Alfred Hitchcock’s film ‘Rear Window’. It provides a valuable accompaniment to students studying this film. (Duration: 10.12)

Communism is a political and economic system in which the major productive resources in a society—such as mines, factories, and farms—are owned by the public or the state, and wealth is divided among citizens equally or according to individual need. In its most common usage, the term communism refers to the type of ideal society envisioned by the 19th-century German revolutionary Karl Marx or to forms of government based on Marx’s ideas that were established in Russia, China, and other countries in the 20th century. Communism is one form of socialism, which is a system in which the productive resources of a society are publicly rather than privately controlled. Communism was a major force in world politics for most of the 20th century: at one time, about one-third of the world’s population lived under communist governments. Today communism is the official form of government in only a handful of countries. 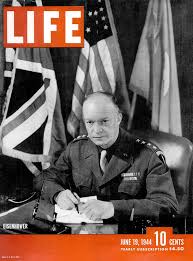 Life, weekly picture magazine (1936–72) published in New York City. Life was a pioneer in photojournalism and one of the major forces in that field’s development. It was long one of the most popular and widely imitated of American magazines. It was founded by Henry Luce, publisher of Time, and quickly became a cornerstone of his Time-Life Publications.

From its start, Life emphasized photography, with gripping, superbly chosen news photographs, amplified by photo features and photo-essays on an international range of topics. Its photographers were the elite of their craft and enjoyed worldwide esteem. Life’s war coverage of World War II, Korea, Vietnam, and numerous regional wars was consistently vivid, authentic, and moving. Gradually, the magazine began to admit more writing to its pages, carefully choosing its writers and text editors. Life ceased publication largely because the costs of preparing, printing, and mailing each issue outstripped its revenues from advertising. It reappeared in several special issues after 1972 and then, in 1978, on a reduced scale and on a regular basis as a monthly. In March 2000, Life’s parent company, Time Inc., announced that it was abandoning its monthly publication and would use Life’s name for special features and books.