Explanations and strategies for different types of learning styles. 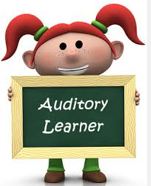 How to learn best 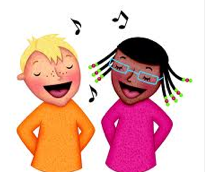 You will learn best by:

Do you seem to most often have a "song in your head?"

Do you find yourself regularly strumming your fingers or tapping your pencil?

Can you sing well or play a musical instrument? Have others commented that you have strong musical abilities?

When you hear certain songs, does it evoke strong emotions?

A person with an aural learning style may often say these phrases:

One of the most often used advantages is that aural learners can "set facts to music" which helps them to learn the information.

Aural learners can often "make up a song" about a concept to serve as a memory aid. Examples of this include "The Alphabet Song" which young learners use early in their education.

Another useful technique is to have music playing in the background as you are studying.

Aural learners often report that they can focus much better when music is present than in silence.

Some even report that during a test they can recall a song that was playing while they were learning certain facts.

Even persons with low levels of aural learning styles may find it useful to think of a popular jingle from a television commercial and "put the facts to music" using the rhyme and rhythm of the jingle as a memory aid.

A final strategy for aural learners is to identify music that motivates them.

Perhaps it is a song like "Eye of the Tiger" which stirs motivation. Then when beginning an exam or learning activity, the person can be humming that song to themselves to boost their motivation and confidence.

You Are a Musical Learner

Your mantra: That sounds good to me!

You probably sing to yourself while walking down the street. Keep it up! Musical intelligence is associated with enjoying music, singing (vocalists), making music (composers), and playing an instrument (instrumentalists). You are sensitive to sounds and the emotions music conveys. You have a unique ability to know when something is off key.

Tips for the way you learn: