Resources to support the study of natural disasters in the Asia Pacific Region.

White Island is the most continuously active volcano in New Zealand. It sits in the Bay of Plenty, which is around 50km away from the northern coast of New Zealand's North Island. The volcano last erupted three years ago, but its threat level was increased last month as volcanic activity intensified in the area.

What is White Island?

Also known by the Maori name Whakaari, White Island has been built up by regular volcanic activity over the last 150,000 years. 70% of the volcano in fact lies underwater, which makes it the largest volcanic structure in New Zealand.

It is privately owned and uninhabited, but regularly attracts tourists: the New Zealand tourism website states that tour operators offer visits to the island via boat, helicopter and float plane, and these tours can attract up to 10,000 annual visitors. 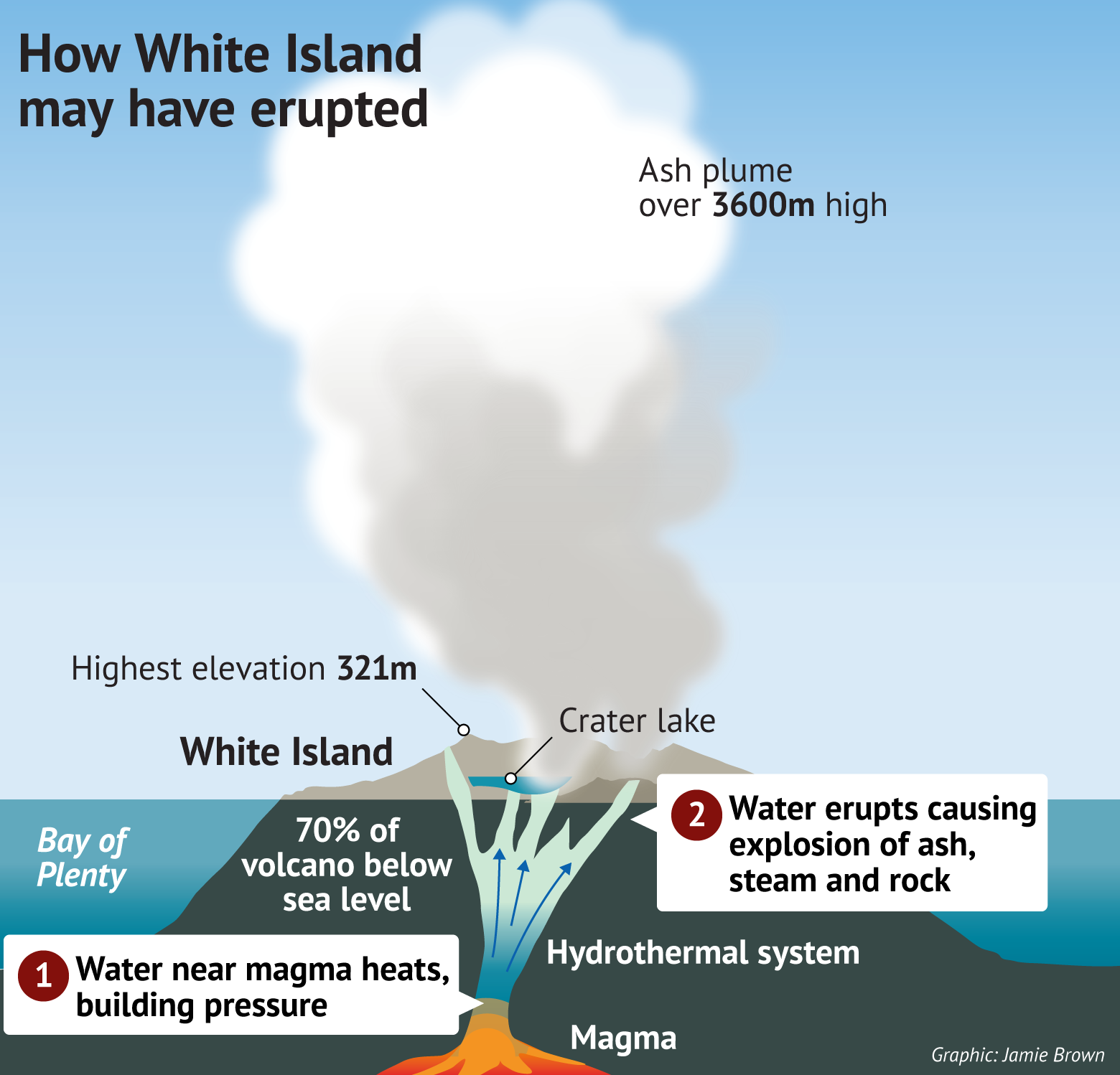 Timeline of the White Island eruption